Ask the Expert – a conversation with Colin Jones, Managing Director of Vapor-Tek 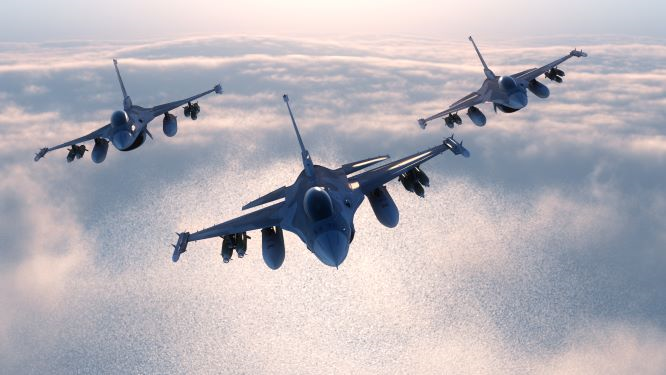 Colin, you have worked at Vapor-Tek for 38 years now.  What is the strangest corrosion problem you have come across?

Guitar Strings!  We were approached by a manufacturer of guitar strings who was having problems with them starting to corrode in the packaging.  As they are very fine it can be hard to see the corrosion starting but once they are fitted to a guitar, under tension, and being played it can lead to them snapping.

I did some testing in the lab to establish what the problem was so we could recommend a solution – you don’t want a greasy product coating the strings.  I had to use lumps of metal as the strings were too thin to test properly – sterling silver to model the silver plating, nickel and various alloys all with different properties.

We ended up recommending they put a piece of VCI paper in the bag with the string, it took a lot of tweaking the formulation as some metal systems are affected by the alkaline atmosphere which results from VCI vapours.

What corrosion issue are you most proud of having a hand in resolving?

Rolls Royce Power Engineering – a company in Openshaw, Manchester used to make engines for ships and had finished production but needed to keep a stock of spares for 20 years.  I was asked to have a look at a warehouse full of enormous components – 45cm diameter pistons weighing 50kg and turbo chargers you could put your head in!

I was shown around by a chap who had retired and been brought back as a consultant, he knew more about ships’ engines than anyone.  It was a fascinating tour – the executive offices dated back to the 1920s and were full of huge model ships in glass cases.  A real piece of history, all gone now.

We recommended Steelgard Export for the solid components and Vaporol for those with a void or complex internal systems.  Our products are so reliable we can confidently recommend them to protect items with a planned storage life of 20+ years and they are simple to apply as well.

We know some of Vapor-Tek’s customers have come up with some weird and wonderful uses for the products, what are some of the unexpected uses you have heard about?

I was delighted to find out that Vaporol is being recommended among owners of vintage aircraft.  I had a message from the owner of the 3rd oldest plane in Germany requesting some!  We also supply The Shuttleworth Collection who use it to protect the engines of their planes, most of which are still regularly flown so they came up with a very practical method of placing a rag soaked in Vaporol in the air inlet which can simply be removed when they are readying for a flight and replaced afterwards.

One of our customers told me that some of their components arrive with a rival corrosion preventative coating that, by the time they come to unpackage them, has set into a nasty, sticky brown residue that they used to struggle to remove.  They discovered by accident that a spray of Steelgard helps lift it right off!

Another customer who makes coatings adds Vaporol to a specialist paint which is used to protect the legs of oil rigs.  You can imagine the challenging conditions that paint faces, the Vaporol ensures that there is no chance that the metal underneath will start to corrode.

You have some surprising customers, who are the most unexpected or prestigious customers of Vapor-Tek’s corrosion preventatives?

I’m particularly proud to supply the docks at Devonport where the British nuclear submarine fleet is maintained.  Our Steelgard 521 and 973 products are approved for use by the Ministry of Defence – originally formulated to comply with the original Def Stan (PX-24) 68/10 issue 01, we have had a Steelgard product approved under every issue since.

One unexpected customer is the Singapore Air Force, we were pleasantly surprised to get an enquiry from them and very happy to be instrumental in keeping their planes operational and corrosion free.

I’m also delighted to be involved in preserving heritage machinery at Bolton Steam Museum and Tees Cottage among other sites. Our products not only keep parts protected over winter when the sites are closed to the public but also hugely reduce the amount of time spent by volunteers cleaning off surface corrosion and polishing up the steelwork each year before they open up to the public.

Some of your products have been made since the inception of the company and others were formulated to combat specific problems.  Which bespoke formulations have been most successful once added to your product range?

Cablegard is a brilliant product.  We originally formulated it to protect the cables going into the Channel Tunnel.  The traditional way of protecting electricity cables involves handling molten grease – it’s hot, messy and dangerous stuff and isn’t particularly effective.  We developed Cablegard to have unique properties including pumping at room temperature but when it’s not in motion it sets in place.  It’s extremely effective and reliable.

The development we did to produce Cablegard also led directly to the formulation of Steelgard Export, one of our most popular products.  It does the same job as Steelgard in protecting ferrous, and some non-ferrous, metals from corrosion but leaves a slightly thicker, more resilient coating that’s particularly effective at preventing corrosion in challenging conditions like those found during deep water shipping and dockside storage.

What advice would you give someone who has noticed an issue with corrosion during their manufacturing process?

Get it resolved, get a good quality preventative on it.  If you ignore it, it will manifest itself into a bigger problem.  Don’t go for a cheap solution because if it fails (and it likely will – cheap formulations don’t have the same long lasting properties and reliability of better quality products) you will end up paying a high price in lost stock or loss of goodwill with customers.

Do you use any Vapor-Tek products yourself?

Yes! There are 1,001 uses for Steelgard around the house and garage so it gets squirted on everything from door hinges to my little sports car.  I’m also a big fan of heritage machinery and vehicles so I like to make sure owners are aware of Steelgard and Vaporol and how well they can help enthusiasts and volunteers keep their vintage engines running.

Are there any new products in the pipeline?

There are always some in my head!  We actually have some new formulations on trial for customers from overseas.  I can’t divulge any more than that though for now but watch this space…

Before we show you our technical sheets, we'd like to just take your email if we can?